2017 Safety Leader of the Year, Doug Matthew, Shares his Secret to Success

2017 Safety Leader of the Year, Doug Matthew, Shares his Secret to Success

When Doug Matthew found out he was the recipient of the 2017 Safety Leader of the Year award, presented by Canadian Occupational Safety Magazine, he was pleasantly surprised.

For the past year, Doug, who is the Director of Health, Safety, Wellness and Environment for Alectra Utilities, has been heavily involved through a merger of three companies and an acquisition of another one to become the second largest municipally-owned electricity utility in North America. His VP of Human Resources and the company’s Executive Committee nominated Doug for this prestigious award for all the hard work he did to make this merger a success.

Doug, who will be celebrating his 20th year as a CRSP in 2018, got his start in Occupational Health & Safety after working in the steel trades in Ontario, and was tired of getting laid off consistently since the industry was very cyclical. “Back in 1991, I had a young child and a second one on the way, and I told my wife that I needed to find something more stable,” says Doug. “I decided that I either wanted a career in the medical field as a paramedic or in occupational health and safety.” Even though Doug was accepted into the program to become a paramedic, he decided to take a course offered by the WSIB (WCB back then) to become a WCB adjudicator on the prevention side. After he graduated, the government was making additional cuts to the WCB program, so his industry friends encouraged him to become a health and safety consultant since he knew the background of what was required as an adjudicator.

This switch led to gaining additional experience in OHS, which led to careers in glass manufacturing, food manufacturing, and his current role with Alectra Utilities. As the Human Resources Manager at Consumers Glass in 1998, Doug decided to pursue and successfully attained his CRSP designation.
As a CRSP, Doug’s advice to anyone thinking about attaining the designation is as follows. “Don’t just work towards getting your CRSP for the sake of putting it on your business card or in your email signature line. Use it for what it’s worth; keep the designation professional, so that people and companies respect CRSP’s and the value they bring to occupational health and safety,” says Doug. “Learn and show the value of the designation in our industry.” Doug has a passion for learning, which led to him attaining his paralegal accreditation in 2012 to help support his CRSP as well as recently attaining the Certified Utility Safety Professional (CUSP) accreditation this past October.

In his lifetime, Doug hopes to see the safety profession at the level of accreditation of other well-respected industries in Canada. “Employers are taking OHS more seriously than ever before, and with resources like WSIB’s new compass tool that gives people the ability to find health and safety statistics for any workplace and compare statistics between businesses,” says Doug, “companies of all sizes are going to have to make OHS a top priority if they want to stay in business.”

Doug wants to make an impact now in OHS that will benefit the younger generation, like his grandson who is almost two. “20 years ago, there were things happening in OHS that would be considered major risks now,” says Doug, “and I’m sure there are things we are doing today that will be considered a risk 20 years from now.” Doug also wants to encourage CRSP’s to be mentors to the next generation of safety professionals entering the field.  “Take the time to provide your work experience to them so they can benefit from your knowledge today and into the future,” says Doug. “Remember there is NO finish line for safety, we keep raising the bar higher everyday.” 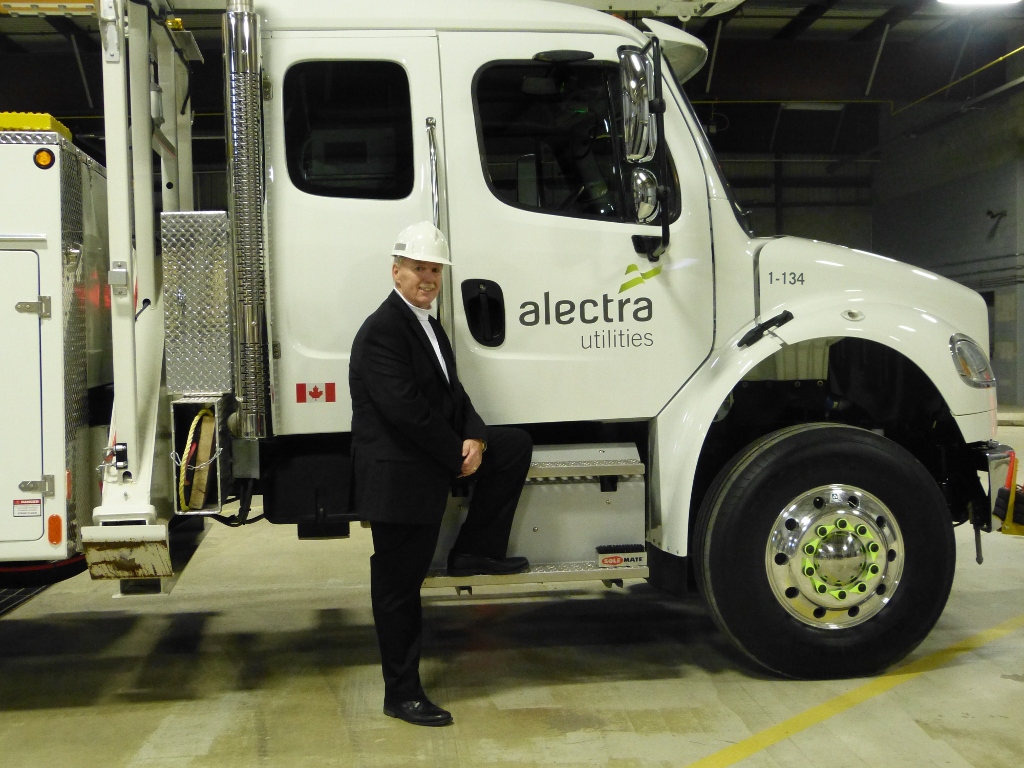