In My Own Words - Scott Halling, CRSP

In My Own Words - Scott Halling, CRSP 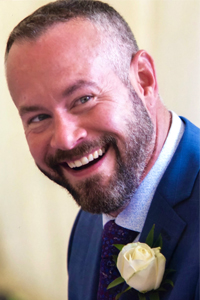 My story begins exactly 8 years ago in late May of 2012. I had just finished up a year and a half contract in the private security industry for a company in Afghanistan and had decided to shift gears after a few very close calls. There was no sustainable work at the time in Ontario (which was why I went abroad in August of 2010), so I did like so many others do and went west to Alberta for the chance to secure “fame and fortune” in the oil and gas industry.

I arrived just in time for summer to make its appearance and immediately got hired on as supervisor for a safety services company who needed people for work in Ft. McMurray. I had on-rope experience and worked as an EMT in Kabul and Kandahar, so I was able to quickly assume a role as a high angle rescue team leader. As I immersed myself fully into the world of occupational health and safety, I began to realize that my previous experiences lent themselves well to this new environment. Whereas I had previously been employed to keep people from hurting others, I was trying to prevent people from hurting themselves, and it was a challenge I was enthusiastically up for.

All of my safety coworkers at the time where in pursuit of some certification or designation, and like them, I began sorting out my options and developing a roadmap for success in my new professional field. After numerous discussions and hearing a multitude of opinions, it began to appear that all roads led to obtaining the CRSP designation. To be honest, it seemed a daunting prospect at the time but I figured that I had to start somewhere, so I began taking courses to build the foundational knowledge that I knew I would need to excel in the profession. After nearly a year and a half of online and in class courses, I completed the ACSA’s National Construction Safety Officer program, the first notch on my safety belt.

I had been bitten by the safety bug and had discovered a newfound love for learning at a later age, and being able to take what I had learned and immediately apply it for the benefit of others. I took advantage of an opportunity for a change of scenery and left Ft. Mac in the early spring of 2014 and with a new role came the chance for more education. I started my studies with the University of New Brunswick and completed my Certificate in Occupational Health and Safety in November of 2015. I had kept my eye on the BCRSP the entire time and when I learned that I had just the required amount of experience, training, and education, I sent in my application of January 2016.

I was excited and intimidated at the same time of what was to come. During the 3 years leading up to my application submission, I had learned all I could about the designation and the weight of responsibility it conferred to its recipients. I knew it was not an easy accomplishment to achieve and that it was not a “get it, then forget it” affair; it would require continued diligence and effort to maintain. Soon after I applied, I received notification of the interview, and after completing that, the test date. It was a busy time at work, but I managed to squeeze in an extra hour of study here and there in preparation of sitting the exam, which was scheduled, ironically, on my birthday that year.

I took the exam, and immediately afterward, like so many other applicants do, I second-guessed all my answers and fretted over what to do for every conceivable post-exam outcome. A few months later, in July 2016, I received notification that I had passed, and was absolutely elated! What had seem like endless years of studying, learning, working, and to be honest, completely anguishing over the pursuit of the designation, had now culminated in this single moment. It was surreal to say the least. It took a while for me to get used to seeing those 4 post-nominal letters on my business card and in emails, and I felt the almost overwhelming duty to ensure I was living up to the expectation of those both with and without the designation alike.

I have now maintained my CRSP for nearly 4 years this July. What, if anything, do I feel it has done for me? I believe it has provided a benchmark to which others may begin to perceive my education, abilities, and experience. I feel it has lent credibility to my voice when I have presented myself as a safety professional to internal and external clients. And I know it has instilled in me a persistent confidence and satisfying sense of achievement that supports my continued endeavours within the safety profession. As for what I would tell others thinking of pursing the designation; you have to start somewhere.

Don’t let the time and space between where you currently are and where you need to be prevent you from starting the journey. Time passes quicker than we think, and eventually, with practiced diligence and continued effort, you can make it, and when you have, it will have been well worth all the late nights and long weekends. After you do hit every milestone along the journey and finally cross that finish-line, only then will you realize that the real work has just begun! If given a choice, I would absolutely do it all over again. For me, achieving the designation was a game-changer both professionally and personally. It not only opened up a new world within my profession, but it remains as indelible proof of what I can accomplish if I really put my mind to it, and that alone is worth beyond measure.